Last year I was fortunate enough to score a few episodes of work on the new "Ben 10: Omniverse" for Cartoon Network. I had the opportunity to work with legendary television animation director Dan Riba. Dan directed many of the classic "Batman: Then Animated Series" episodes from back in the 90's and has been carving it up ever since. 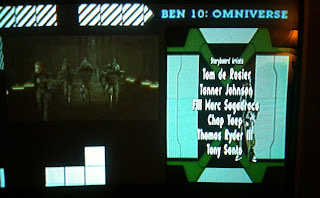 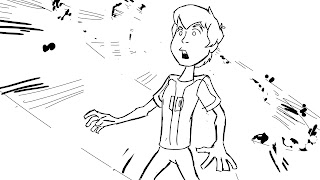 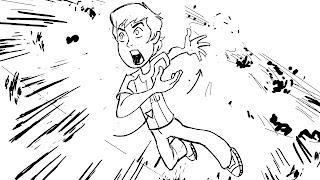 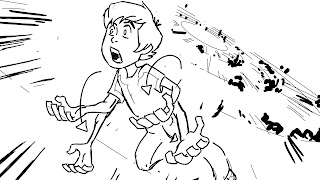 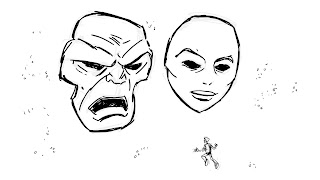 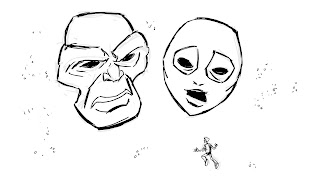 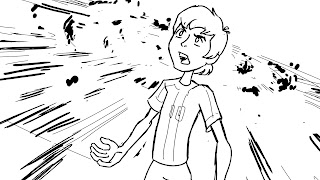 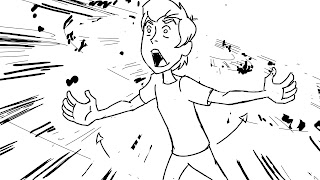 I owe a huge thanks to my long-time Disney buddy Tom DeRosier who recommended me for the gig. This is the first time my name has appeared in the credits with Tom since Disney's "Brother Bear."

The first of my episodes called "So Long and Thanks" aired recently. Here is a shot of the credit screen taken with my iphone, along with some of the boards designed in Storyboard Pro.
Posted by Tony at 10:32 AM