It's cool to compare my storyboards to the final cut, as I do here in this episode of "Ben 10: Omniverse" titled "Of Predators and Prey." It seems common in TV boards that the drawings must be as close to model sheets as possible. In addition, staging, camera moves and acting must be clearly delineated so the animators can crack open the boards and use them as more than a blueprint. When I worked at Disney Feature Animation, the storyboards would get handed over to the "Workbook" department who would redraw them to indicate the camera direction, final staging, screen direction, etc. On this show and probably many others, there is no workbook. The boards perform double duty. 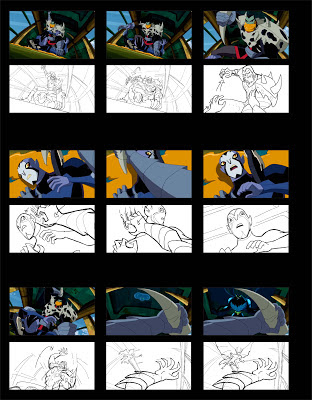 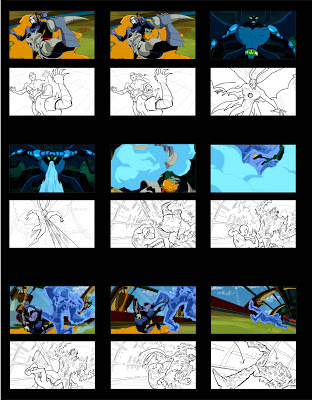 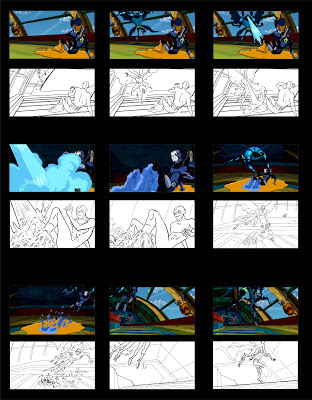 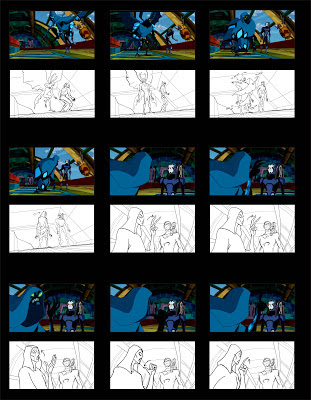 It's rewarding for me to compare the final shots to the boards I drew, and find that the animators used the same poses, staging, acting, cameras, screen direction and more. This episode aired in November of 2012, a whole year after I drew it. Dan Riba, whose experience in TV animation is legendary, was the director.
Occasionally, I'll mention to parents I meet that I worked on a few episodes of Ben 10. The ones with boys break into a big smile and say "How cool, my son loves that show" while others, mostly parents with girls, just kind of politely nod. My kids (daughters) don't seem too interested anymore when seeing my name in the credits of anything (I can't compare with Katie Perry or Victorious, justifiably). But there is one reaction I experienced recently that meant a lot. As I was putting this file together my 7 year old nephew walked into my studio, looked at my monitor and shouted "Hey, that's Ben 10!! You DID that??" Now THAT was cool!