Get Out the Crayola's

Over the summer I picked up a coloring book job for Canson. I created five pages for an insert that was to be included in with sketchbooks sold exclusively in 500 Wal-Mart's around the US.  I did them because they met the following criteria:

I was in charge of the creative content, with the one request from Wal-Mart that the images fell within the realm of fairy tale/fantasy.

I have permission to share the images on my blog.

About two days of work or a little more.

I have a good relationship with the folks at Canson.

That being said, I rifled through my art books for inspiration.  I noticed I kept going back to the same illustrators, like the Red Rose Girls, Arthur Rackham, Edmond Dulac, Rene Bull, W. Heath Robinson, Stephen R. Kidd and others. 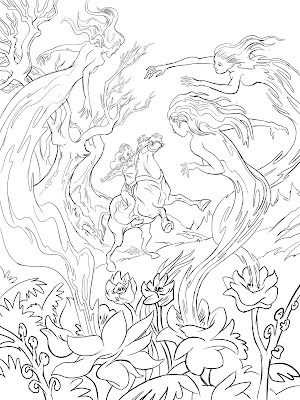 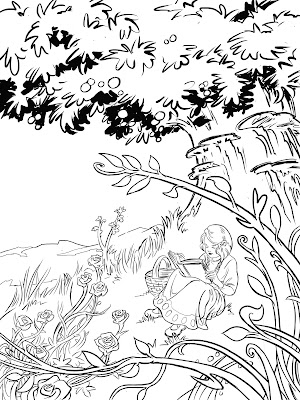 How talented those legends were. In retrospect, I wish I would have spent more time on developing them, in order to solve some of the problems that bug me every time I revisit. Out of the five illustrations commissioned, I like the ones shown above the most.