After Effects can be User-Friendly with the Right Co-Pilot 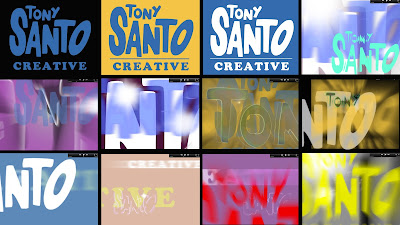 I've been putting storyboard reels and cinematic together since I had my first taste of iMovie years ago on the Mac. It was easy scanning art and dropping each frame into the timeline, adjust the duration of each frame, adding animation like zoom in or out, and previewing clips.

It wasn't long when I jury rigged an analog video camera to behave like an overhead shooter similar to the one we used to shoot rough tests at Disney. My set-up was far less sophisticated and used an analog converter to digitize the files. The quality was far from high def, the lighting was OK, not perfect - even though I used discarded Disney studio light fixtures. Once the audio track and and sound FX were added, making storyboard reels at home became a labor of love.

Fast forward a few years into Electronic Arts, where as Art Director I had access to only one editing program  - After Effects.  I started experimenting as much as possible, making cinematic reels and sizzle videos for whatever game I was Art Directing. Cinematic reels were something unprecedented at the Tiburon studio and they were well received for the most part. Cool camera angles and dramatic lighting told a story, captured the flavor of the game, and offered excitement to a previously non-cinematic sports franchises. Used primarily as a cinematic editing tool, the basic features of AE were all I needed to create a "Wow" factor. Working with great animators, modelers and game capture footage gave me a film-making experience I will never forget. 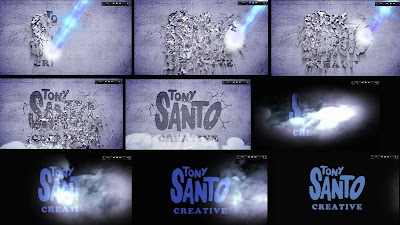 Years later I would teach a film editing class at the College of Westchester, NY - not with After Effects but with another editing software I had used in my freelance assignments. Final Cut Pro is much easier when compositing frames and clips, while After Effects gets more bandwidth with effects. I've often used a two step pipeline when designing videos. First, I finalize the edits and timing in Final Cut, then applying SPFX in After Effects.

I was able to add different animations to my Tony Santo Creative Logo, which I used to bookend each of my ten second reels which I call "Tony's Ten."

Starting out simple, I learned more sophisticated techniques later. My logo animations include a laser blasting away at a concrete surface to reveal my logo etched in stone, displacement maps of smoke and lens ripples, digital glitches, back-lit spotlights, glows and other enhancements.

I owe a big thanks to Andrew Kramer at Video Copilot.net for his outstanding tutorials in After Effects. His concise explanations are peppered with a small dose of humor which makes him a rare breed in the tutorial landscape. http://www.videocopilot.net/ 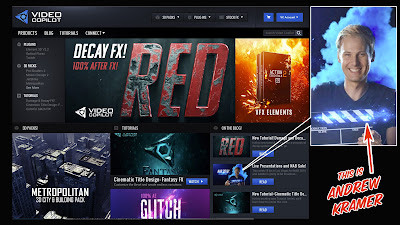 Andrew, you know what I am thinking. You are "funny AND good-looking!"

It's been a blast breathing new life into my logo design, bringing enthusiasm to each new ten second reel. Integrating them in my promo reels, mailers, and social media posts has brought a renewed zeal to my promo efforts.

If you haven't seen the animations, you can find them all at https://www.youtube.com/channel/UCkd4LjboU99ql7mezvdBHkA or page turn back to my October Media Hygiene 2017 post to start from the beginning.

Meanwhile, if you want to brighten up your day with some After Effects tutorials, visit Andrew Kramer on video copilot.net.
Posted by Tony at 4:10 PM