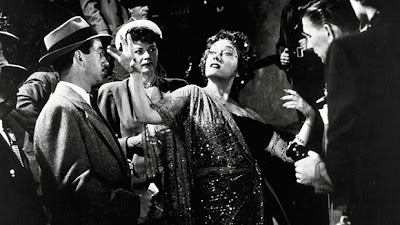 Over the weekend I chilled out to watch the TCM broadcast of the 1950 Billy Wilder Classic “Sunset Boulevard.” The film noir classic is still immersive. With lighting and photography by John F. Seitz (who also shot Double Indemnity) and co-written by Wilder and Charles Brackett, the films’ most stunning contribution for me was the performance of Gloria Swanson. Her silent era theatrics were perfect for the film star Norma Desmond, who lives a reclusive life waiting to make her big Hollywood comeback. William Holden plays struggling writer Joe Gillis, who reluctantly becomes her live-in companion to help her write her comeback script.

In real life Gloria Swanson was a famous and luxurious silent move era star. As Norma, Swanson could play to the balcony, mesmerizing the viewer with her delusional rants. Although she received many accolades for her performance, Swanson could never really make the transition into talking films, with this exception. She largely retired from movies after this perfomance. 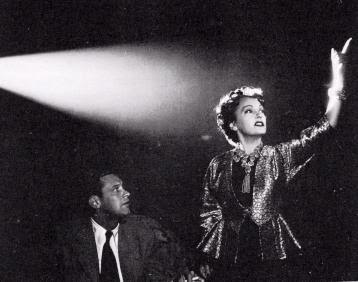 Anyone who grew up in the 70’s like me can’t help but chuckle at the Carol Burnett Show send up of Sunset Boulevard. Before I was old enough to appreciate or even become exposed to this classic of cinema, my only association with Norma Desmond was Brunett’s over the top parody, which made Harvey Korman break character and laugh on nationwide TV.

Norma Desmond is a perfect performance for animators everywhere to study. Broad gestures, dramatic theatrics and a sneering face loaded with subtext. No doubt her influence is seen in classic Disney characters like Cruella de Vil, Madame Medusa and Yzma. 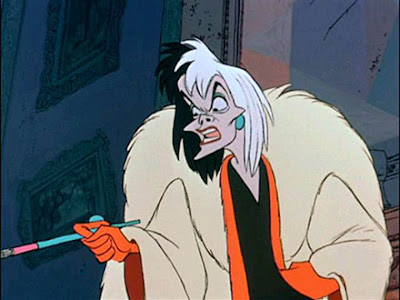 If you catch this film on TCM, stick around for the short commentary by Robert Osborne and Alec Baldwin. It’s the icing on the cake after a great experience.