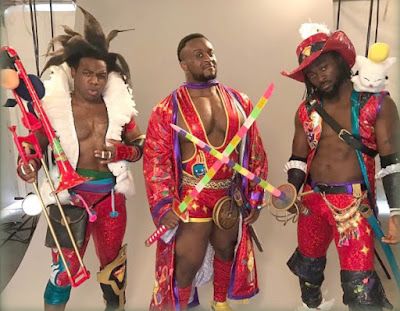 WrestleMania 33 exploded in Orlando Florida this past April 2nd. As expected, the performances were bigger and better than ever, viewed by 1.95 million to become the most watched event in WWE Network history. 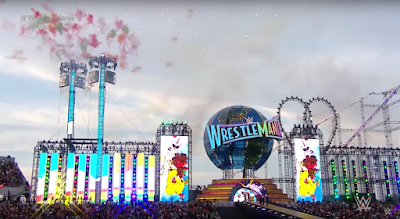 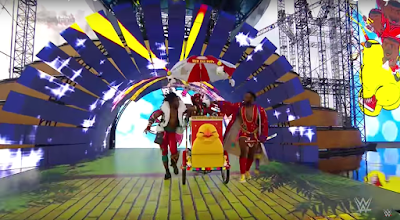 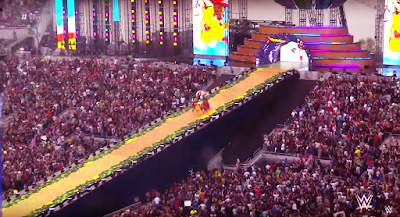 With A-List Superstar matches, captivating story-lines and a few surprises, the City of Orlando, Florida exploded in spectacular entertainment. 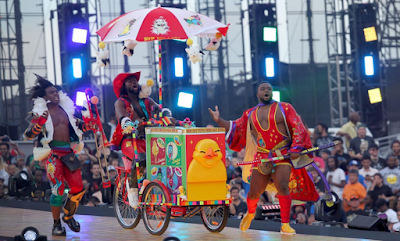 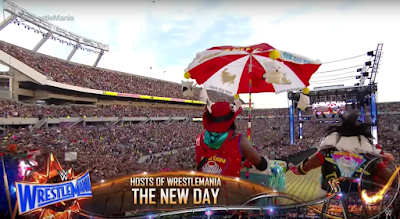 I had the privilege to work with the talented WWE Creative team to design the wardrobes and entrances for the WWE Superstar Hosts of Wrestlemania 33, "The New Day." In a viral-style cross promotion with Square Enix's "Final Fantasy XIV: Stormblood," Superstars Xavier Woods, Kofi Kingston, and Big E made their debut in Final Fantasy inspired costumes while riding a Final Fantasy-themed Ice Cream Tricycle. Assignments like this are a blast for an Artist like me! 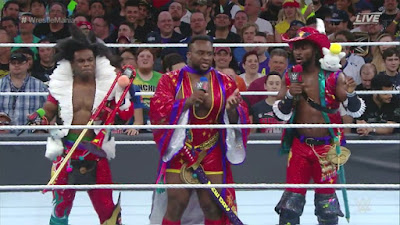 Every detail of the wardrobe was meticulously planned. In an iterative process of design, ideas evolved from conventional to more daring and dazzling. The results were successful, and full of paintings, model sheets, concept art and storyboards.  Final Fantasy fans will notice the decor of Chocobos and Moogles on the Ice Cream cart and the cartoon caricatures branded on the Jumbotron. As WWE Superstars, "The New Day" can showcase anything with their outrageous presentation and lively charisma. 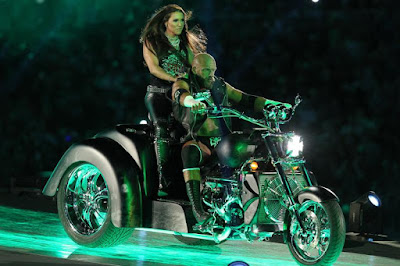 I helped design Triple H's entrance, one where H drove his custom bike down the show ramp with wife Stephanie MacMahon on board. Orlando Motorcycle Police provided them a regal escort into the ring. 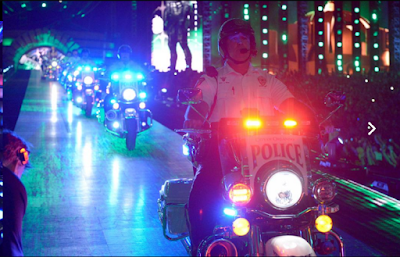 I'd like to express my thanks to WWE for giving me the opportunity to work with such talented colleagues - artists, writers, and creative directors - on the spectacular pre-production of this titanic extravaganza.
Posted by Tony at 10:06 PM