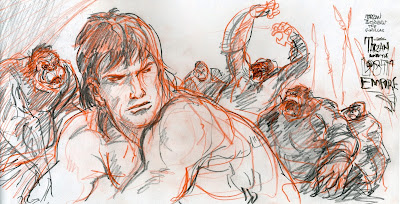 Last year I nearly finished reading the entire series of Edgar Rice Burroughs Tarzan novels. Burroughs wrote 24 novels about his greatest character creation, starting with "Tarzan of the Apes" and ending with "Tarzan and the Castaways." Along the way aside from my freelance schedule I began designing rough illustrations from one of my favorites - "Tarzan and the Lost Empire." 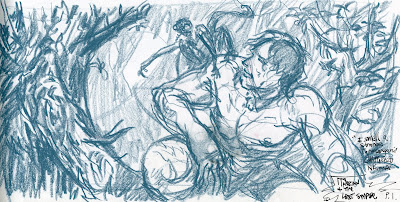 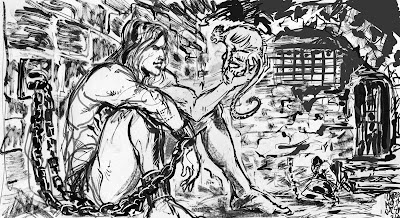 As with most Tarzan novels, Burroughs quickly establishes empathy for his characters. There are plenty of newcomers to enrich the plot, as Tarzan is captured by an ancient Roman civilization hidden deep in Africa. Every gladiator movie or Biblical epic film I can think of must have come to life here first.  As Tarzan is forced to fight alongside other prisoners in the Colosseum arena, we are introduced to violent battles, a scheming emperor, secret romances and a colorful finale. 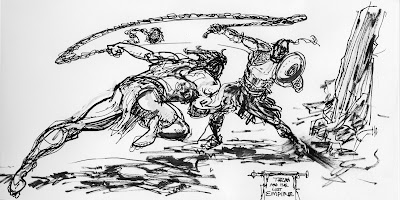 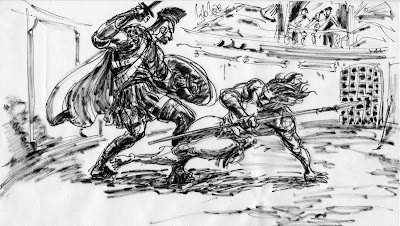 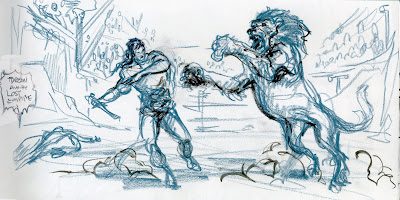 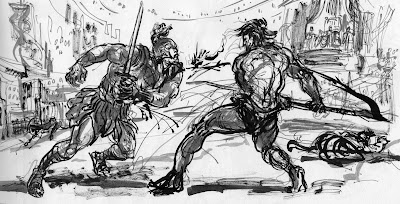 These rough sketches were created in pen and ink, dry brush, charcoal and a variety of pencils. I was inspired by the pen and ink methods detailed in Henry Pitz's classic instructional book "Ink Drawing Techniques." My efforts do not reach the depth or fidelity of Pitz's examples, but I gained a passion for experimenting with ink and other media while attempting to visualize details of Tarzan's story from "Lost Empire." 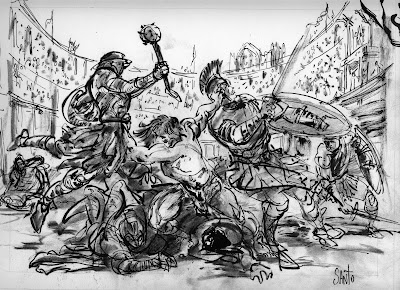 An artist needs to persevere in his personal work, and I find that illustrating books is an easy way to thumbnail, conceptualize and create story moments, while constantly providing an opportunity to try new mediums. I am not sure if I will ever complete my Tarzan illustrations, but I'm excited enough to continue trying.
Posted by Tony at 11:04 AM