"What Bubbles Up" Podcast Features Me as Guest Interview 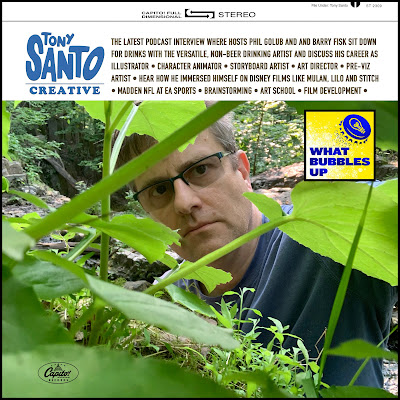 The gents behind the charming podcasts "What Bubbles Up" were kind enough to have me join them for a recent interview where they discussed pivotal points in my Illustration and Storyboard career. I talk about early jobs illustrating for Role-Playing Games, my Art Directing contribution at Billboard Magazine, my transition to Disney Animator, and diabolical crossing over into 3D as Art Director on multiple Madden NFL games.

I have mostly been designing Storyboards since 2009, but this interview talks about "HOW" I was able to transition and adapt to such early diverse roles. I found Phil Golub and Barry Fiske thoughtful and articulate hosts -  bullet-proof professionals - with their interaction. I definitely give them the highest accolades as podcast hosts. Their show has gained another listener!

Thanks to my agent Tricia at Burrito Boards for not only keeping me busy all these years....but also for hooking me up with the podcast!